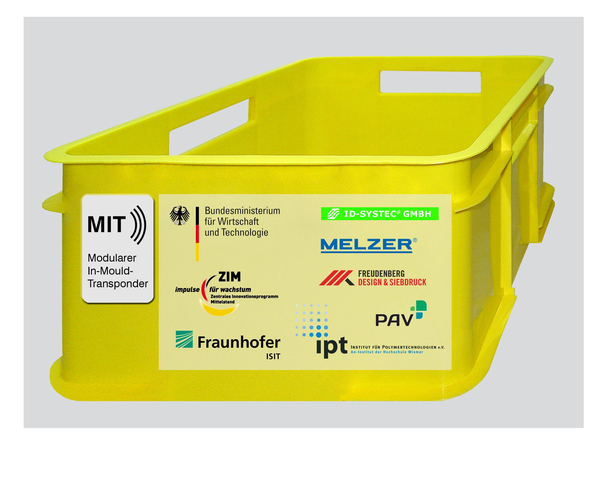 On 23 February 2010 the start-up meeting for the research project ”Development of Modular In-Mould Transponders (MIT)“ took place in Neumünster, Germany. This project has been launched at the beginning of 2010.

It’s target: Until the end of October 2011 the participating partners intend to develop RFID transponders for use in injection-moulded plastic. By the inseparable integration of the identification chips and their antennae in reusable plastic boxes, RFID-based logistics shall be made more reliable in pool systems than they are when using attached smart labels.

MELZER maschinenbau GmbH is a leading supplier of machines for the industrial production of RFID items.

MELZER’s part in this project is to develop a process and a modular machine for the production of in-mould capable transponders, thus to further extend its existing product portfolio.

As research partners the Institut für Polymertechnologien e.V. (Institute for Polymer Technologies) (Wismar) as well as the Fraunhofer-Institut für Siliziumtechnologie (Fraunhofer Institute for Silicon Technology) (Itzehoe) support the project, which is aided in the frame of the central innovation program for medium-sized businesses initiated by the BMWi (German Federal Ministry of Commerce and Technology).